Leclerc Painting by Me

Art My latest poster! @oscarrickettsdesigns on instagram for more :)

Discussion the butchering of charles: making of a LeDevil

Can I just say that I can't believe how disappointed I am with ferrari for what they've done to my favorite boy ever? They've stomped down and wasted his entire year, he's been sent to the depths of hell by that sad excuse of a team. Just look at his face after the race, do you think that's the face of the same Monagasque hunk that can take this level of abuse longer?

Binotto, oh he looks like a clown on good days. He thinks that he’s some big brain genius just because he worked with Michael Schumacher. Does he not remember what he said about Charles, that he is better than Michael? His decisions are always so wrong, first he favored Vettel who was clearly inferior to Charles, and then he favors a Spanish guy that has done nothing in his pathetic career. What a joke of a team principal. I am so disappointed in Sainz. He wants to be a better teammate, yet he crashes all the time and then doesn’t give up his position for the better teammate, a selfish brat. He thinks he’s all slick with the fancy hair and the Spanish accent, but Charles can speak better Italian than him, and he is more Ferrari than Sainz can ever be. He can go suck a bag of gravel

Ferrari is an embarrassment, and I can’t believe the inner strength Charles is displaying to stand up to this level of abuse in his own team. He’s the best driver in team history, and yet the team treat him like a second class citizen. They favored Sainz over him, I can’t even believe it. It's so embarrassing. Mekies looks like a melted bag of gummy worms and the Ferrari Strategy Department probably look through a book titled 'worst strategies 101' and carefully handpick the most atrocious strategy. It's a fucking wonder that they haven't sent my lovely boy out on inters when he's supposed to be on softs. Oh guess what, THEY DID THAT ANYWAYS. A joke. The FSD are in cahoots to conspire against Charles, I think they can’t stand that he’s better than them, or I think they just hate him for not being submissive like Vettel and Sainz. FSD really need to be fired I think

Sorry guys for ranting, I am so tired of seeing this season end like this, I started watching in 2018 because of Charles and it has made me so sad to see someone so hot, likeable and fast go to waste in this sick joke of a team

Max vs. Charles in their first 100 races

News F1 | Leclerc exclusive long interview: "I’m getting ready to be champion in 2023”

F1 Starting Grid but it's their Girlfriends | 2022

Discussion Another tough one for Charles, will the Ferrari speed be enough to get him on the podium? 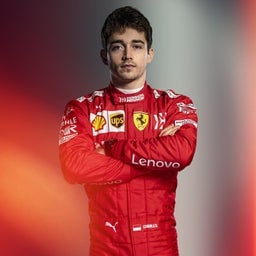 The one true subreddit for all things Charles Leclerc.