Karen in the News No. 1 Alpha Male™ that claimed depression was weakness complains over a few minor inconveniences.

Karen “test drives” a new car and takes to yelp.

A single 1-star review for a neighborhood bookstore...

Edit: I just found out about this and the incident happened in November 2022.

ChatGPT‘s way of dealing with a Karen

The driver of this truck blocking the crosswalk and 1/2 the intersection called me a Karen for reporting them.

She really is named Karen. Living up to her name.

Karen He destroyed her.

To the back of the bus… I mean hospital

This isn't a personal experience but it's a story which I just have to share. I also wasn't present when this went down since it happened in the 90's and I wasn't even born then.

In the early 90's there was a german teacher who was obsessed with banning all bands who were glorifying violence and were far-right in her eyes. It was soley due to her actions that several albums of the band Cannibal Corpse were and still are indexed in Germany. This Karen went out of her way to go to CC concerts to make sure they weren't playing any songs that were indexed. When she found out that the band didn't care she attempted to file a criminal complaint against the bassist after he admitted they were playing indexed songs in Germany. Karen's actions in the 90's are still present today as streaming services still refuse to allow the indexed albums on their servers in Germany.

This was a short story and more of a rant, admittedly but I just can't help it. I am a big fan of Cannibal Corpse and after I read about this Karen I couldn't help myself but to share this story with others. I cannot put into words how furious I am at the moment. I just hope this post doesn't get taken down

[meta] This sub has become the Karen of karens.

All the upvoted comments are just anti-karens being Karens. Prove me right.

Not everybody's a f**king Christian though are they Karen!?

Karen Hotel gets their revenge on influencer Karen.

In short, Karen complains that a hotel won’t comp a room for her in exchange for free advertising. Hotel turns the tables on her by billing her for the publicity she received while bad mouthing them. The article.

Karen on a Flight

Didn’t happen to me but my uncle went to Auckland for meetings regarding a client opening up a store there. Bad news was he got caught up in the storm and stayed there an extra 4 days.

Finally got a ticket to board a plan and a Karen was in his seat pretending to be asleep. Granted everyone was angry and just wanted to get home but he paid for business seats and extra legroom so he told her to quit pretending and move from his seat. She didn’t so he got the attendant involved.

Never mess with United attendants because this person told the woman if she didn’t move then she’s getting kicked off and there’s a waitlist for 2 days just to get back to LAX (LA Airport). Cranky Karen then gets up and screams at everyone that she had a long vacation and asked why my uncle can’t take her seat (restricted economy) so she can stay there and sleep because she already took her sleeping meds.

NZ airport security got involved and ended up escorting her off the plane. Fun fact: she was in a middle seat and tried to mess with the seating chart on a plane that’s 100% full.

Has this ever happened to anyone and of yes what did you do? I could never demand someone to switch seats but the audacity of some people stealing seats or asking to switch for a better seat is crazy to think about.

Totally true story of Karen being a superhero

I’m not 100% sure if this counts as a Karen/Kevin story, so I’ll leave that up to you. TL;DR at the bottom.

So I was a junior in high school at the time, and for the first trimester I ate lunch in the AIM/lunch detention room. This room usually only has one or two kids in there, so I wasn’t bothering anyone. I was set there by my counselor because my lunch block couldn’t be changed another student who used to sexually abuse me had the same lunch block as me and was bothering me during lunch. I also suffer from sensory issues and the noise level in the cafeteria is very stressful for me. My school doesn’t allow lunch changes, so my counselor told me my next best option was to eat in the lunch detention room. I was fine with it, the principle and counselor played the decision, and he emailed the two teachers in charge of that room to let them know I would be eating my lunch in there. And every day I ate in there, Mr. Kevin would ask “have I solved my problems yet?”. Referring to me not eating in the cafeteria. My counselor had emailed this teacher, he full well knew the circumstances for why I was eating my lunch in that room. And he still told me EVERY DAY that I needed to “get over my problems” and to eat in the cafeteria. Because it’s soooo easy to be around and harassed by someone who sexually abused me.

TL;DR: I used to eat lunch in the lunch detention room because I was being harassed by a former abuser. Teacher tells me I need to “get over it”.

Karen wants me to park on the snow bank... 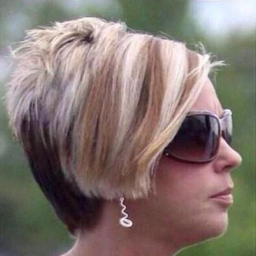