How did Haas manage to claim 5th in the Constructors in 2018? What made the car so good that year?

I got some insight into why Haas has been lacking in the past couple of years from an old comment by u/visualistics (see below), and it got me wondering how they managed to get such a good result in what was only their third year in formula 1?

They had a fundamental issue in their 2019 car that made it essentially destroy the tires in the race. It was actually fast in quali with Magnussen going P5 a couple times.

They took all year figuring that out, combined with sponsorship dramas with Rich Energy, and then spent 2020 trying to fix their rear suspension issues where they were overheating components and causing the rear end to be unpredictable. They also got screwed when Ferrari got in trouble for the illegal engine, as they use all Ferrari powertrain components. And COVID hampered them pretty bad since they are spread out across three countries with their design and manufacturing.

This season they haven’t developed the car at all because they are banking on 2022 aero regulations. They also have two rookie drivers.

TLDR; they’re basically running a 2 year old car just trying to survive until 2022 where they’ve spent all their money and time.

Where would you rank the new driver lineup?

How would you guys rank Haas' new lineup for next year? For me I thinks it's quite a solid driver lineup and probably around 6th best. Definitely should provide a solid foundation to get back into the midfield.

How I'd rank the grid based on driver lineup

BEYOND THE GRID: Guenther Steiner on Haas’s decision to drop Schumacher and give Hulkenberg another F1 shot

Mick doing donuts after the race in Abu Dhabi

Anyone know when they redesign/refresh the team sites before next season and if they are still making shirts? Also Thank You, Seb, Mick, Goatifi, and Danny Ric (possibly)

Well, that’s that 2022 season is over and we got 4 months until the next (and longest) season.

Unfortunately, Lewis and Alonso had to retire, so sadly Seb had to do solo donuts but congrats on him making it onto the points. (The Last point…for now)

Just wish Mick could have scored some last-minute points to end off the year and his time with the team on a high note at least, but ce la vie

I have added items to my cart already. However, the ones that I would like to have as well but are currently out of stock are: The blue Team Polo, the white F1 team shirt, and the blue Mick 47 shirt

For the first two, I don’t see them changing the design that much so I don’t mind much if I miss them.

The one I really want is the Blue Mick shirt

I have the white one in my cart as well, but I would really like the blue one cause I see myself wearing that more than the white one as a whole day shirt because you know the usual white shirt problems.

So I’m asking how long until they change the site before the next season and if anyone else is on the waitlist to see if the team is persuaded to make more cause the Fans demand it.

Even though I may miss the aforementioned ones I do have to order soon or risk not having any.

Also, I do want some Danny Ric McLaren merch as well.

(My poor wallet, but these are technically limited edition now so…..)

Thanks to anyone who gives info and replies.

This shot will always make me smile. Definitely the highlight of the year for Haas.

Nico Hülkenberg is currently in the United Arab Emirates. Any chance he will be at the race this weekend?

What do you guys think has been holding up signing a second driver for 2023?

With Haas being the only team not with even a provisional second driver for 2023. What do you guys think has been keeping them from making a decision?

I feel like the main theory is that they’ve been giving Mick a chance to prove himself while keeping Hulkenberg in the wings if he didn’t impress the team over the last few races.

That being said, part of me thinks they’ve been done with Mick for a while and they’ve been courting Daniel Ricciardo. Looking back to the Mazepin scenario, every available driver’s name was mentioned in connection with the Haas seat besides Magnussen. No leaks about him being in contention, it came out when Haas announced it. If I remember correctly, the media had Hulk as the front runner for Mazepin’s seat as well.

Part of me thinks Guenther’s been keeping this close to the best and playing interference to sign Ricciardo but maybe it’s wishful thinking.

What do you guys think?

Nico Hulkenberg is expected to replace Mick Schumacher at Haas for the 2023 F1 season. An announcement is expected this Wednesday.

Well that was fast.

If there was even a slight glimmer that HAAS seeking Ricciardo to replace Mick, I'd say that's out the window now.

Tyres available for the race. We don't even have a single new Slick. What do you think? The team will go for one stop?

Good point, didn’t expect any more, Mick is in a good position to move forward tomorrow

Another point for Haas - now 2 ahead of Alphatauri

Tribute to Kmag on his first ever pole with Haas

So, with the sponsors we have landed and being able to utilize all the cap for the next 3 years. It would be nice if by 2026 we could get some sort of junior program started, so we arnt just looking for older drivers out of their prime or relying on Ferrari to have a young guy ready. Even if it’s just picking up 1 junior at first, it’s better than nothing. I don’t know how realistic it is, but maybe that should be their next big goal, shoot to have a program by 2026/2027. 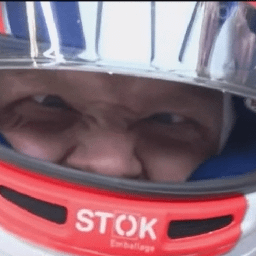 A place for news and discussion about Haas F1 Team, America's first F1 team since 1986.