Phoenix City Council to discuss potential new site for PRFC at Washington and 40th just north of the airport. The meeting is Wednesday 11/16 at 2:30pm

[Owain Evans] Phoenix City Council will discuss a potential lease agreement with Phoenix Rising FC on its proposed "temporary stadium" near Sky Harbor Airport next week. According to the meeting's agenda, the proposed lease would be for five years. #RisingAsOne

Any other sources saying Rising will move to the Greyhound Park near the Phoenix airport?

Last game of the season. Currently pouring rain at Wild Horse Pass. Let’s get a win to finish the season! Vamos Rising!

what’s something you’d like to see upgraded or new to better the already horrible fan experience ?

Has anyone sat in the premium seats? We won a contest and got seats there for tomorrow evening and wondered what to expect from the included food and beverage. The website is exceptionally not descriptive. Thanks in advance!

Now that Rising is officially out of the playoffs, I was thinking more about which players will be back and who won't. I did some transfermrkt research. Based on that and what has been announced, I grouped players into categories:

Loanees that will return to their clubs

Loan with Rising option based on reports

If any of these are wrong, please correct me. Obviously some of the players with expiring contracts will be resigned and just because a player has a contract through November 2023 doesn't mean they can't be traded or bought out. That said, it looks like there will be a lot of turnover. I would like to see Moar go, but it sounds like he is on big contract. I've also totally soured on Njie (horrible in both boxes). I really hope Lundt gets re-signed, but he will have no problem finding a new team if he chooses to move on. Would also like to see Quinn, Flood, Dunn, Delgado, and maybe Seijas get re-signed. Curious what others think?

Edited to add Rodriguez, who I initially left out.

Future of the club

After a disappointing season, it is time to look forward to the future of our club. Are there any growth plans on the horizon (permanent stadium, MLS bid, or any sort of growth)?

Will PHX rising still be in Chandler next season in a temporary stadium? Will the ownership announce a more permanent stadium like Lousiville City FC in the upcoming years?

MLS in the future??

I am keen to hear all your thoughts on the future of Phoenix Rising.

Can we possibly make it three in a row? Vamos Rising!

It’s a beautiful night for football. Can we put together two wins for the first time in what feels like forever? Vamos Rising!

What else can you say besides let’s get 3 points? Vamos Rising! 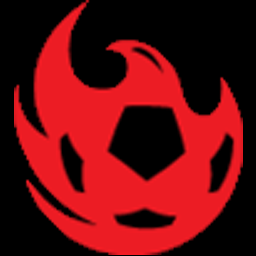