Tips for staying by chase field ?

Hello fellow national league fans I too am a fan of national league baseball. Lol In all honesty I’m a dodger fan and I absolutely love the world baseball classic. Im already planning a March trip to Phoenix for my second viewing of the wbc!

I have family in Tucson but that’s a good ways away from chase field and the downtown area right ? Is there a neighboring city that’s more affordable to try and stay in? Planning on going with my gf so any area with some bars and restaurants would be nice. Im in so cal and was planning on flying but I’m open to trains busses or even driving myself. Any help would be appreciated!

Anybody think the Dbacks are interested in any of the big free agents names out there?

Can we be more active in this subreddit next season?

As a fan from the east coast, I don't have many people to talk Diamondbacks baseball with. Thankfully, I have this subreddit, however it's frustrating the lack of activity that is on here. Can we please be more active in this subreddit? It is depressing going to a game thread and see nobody commenting after a homerun. Or a post game thread with literally one comment. I know our team hasn't had much success over the past couple years, but there is A LOT to be excited about next year. Our team is filled with young talent and I really believe we will be over .500. Let's get excited!

[Petriello] Dbacks apparently changing their abbreviation from ARI to AZ?

MLB’s new shift rules helps out our team a lot

Where would you like to see David Peralta next year?

Since he is a free agent, where do you think he will end up? I think he deserves as much post season exposure as possible. I just hope a good team picks him up.

Coming from a Red Sox fan, this jersey right here is the absolute nicest and most appealing in the league. What’s your opinion on it?

[Passan] The Seattle Mariners and Arizona Diamondbacks are in agreement on a trade that will send outfielder Kyle Lewis to Arizona and outfielder/catcher Cooper Hummel to Seattle, sources familiar with the situation tell ESPN. A 1-for-1 exchange.

[Passan] Trade news: The Seattle Mariners and Arizona Diamondbacks are in agreement on a trad that will send outfielder Kyle Lewis to Arizona and outfielder/catcher Cooper Hummel to Seattle, sources familiar with the situation tell ESPN. A 1-for-1 exchange.

Congrats to Zac on making the top 5!

What would it take to trade Christian Walker?

Astros fan coming in peace. First, congrats to Zac Gallen on being a Cy Young candidate. He looks like the real deal. Yall are only a few moves and years away from being real contenders. You have some really good players. I don't envy having the Dodgers and Padres in your division.

When I was looking into what the Astros could do this offseason, I targeted Christian Walker as a great guy to fill first base. Having a gold glove winner who can mash would make the Astros even scarier.

To figure out a trade that would work, I used the website www.baseballtradevalues.com/. I came up with a three team deal that fills another hole for the Astros along with what I think is a fair trade that helps all teams involved. I want to get yalls opinion on the Os return.

1B- Christian Walker from ARI

OF- Jake Meyers from HOU

OF- Jake McCarthy from ARI

Reasons why I think the D-Backs would accept it is it meets their needs while selling high on one of their young lefty outfielders. Their 2 biggest needs are high velocity bullpen help and a righty in the outfield. Anthony Santander is a switch hitting outfielder with a lot of red in his baseball savant. Ryne Stanek could be exactly what the D-Backs need with his 97th percentile fastball velocity with a whiff rate in the 94th percentile. Brent Strom will get another crack at fixing his control. Jordan Westburg, the 5th ranked prospect for BAL and 76th overall, also fills a need at shortstop where the D-Backs ranked 26th in WAR. He is ready for a chance in the majors.

Again, I think this trade is fair but also unlikely. Just want to hear yalls opinion on the trade and what it would take to trade Christian Walker.

He said it's between us, the Giants, and the Rays to presumably finish his career on a one-year deal. Hazen and Luvullo have commented on wanting to bring in a veteran presence and a right-handed bat.

I'm very lukewarm about it, namely on his health and his defense. If he can bat well from DH and bench some days, maybe add something to the clubhouse that we can't see, I wouldn't hate it, just a very dbacks move meh...

How would you rank Merrill Kellys season?

Here you can vote just like on an tier list, S is the best and E the worst.

Any opinions on Michal Fulmer?

This is the first year since I got into baseball a couple of years ago that I’m really paying attention to the offseason, so if this seems like a totally unreasonable idea, please let me know why. Every piece of discussion I see in regards to AZ’s offseason agree that reliver’s need to be a priority. However, they all have names like Kimbrel or Jansen, formally dominate closers who have lost effectiveness, kinda like Melancon last year. But what about a guy like Fulmer? He’s not a sexy pick like what Kimbrel would be, but he’s got a good mid to high 90’s sinker and a pretty hard slider, and he’s been a rock solid, reliable arm for the past couple of seasons. And he’ll come with a fraction of the price. He has a bit of a problem with walks here and there, but he’s still better than just about any guy we had in our bullpen last year. He can fit in as a setup guy or even as a closer, as he was effective in that role with Detroit in 2021. Like I said, he’s not a sexy pick, but I think AZ's bullpen needs reliable arms instead of sexy arms. Getting a guy like him makes more sense than getting a regressed veteran who will demand a large multi-year salary based on reputation alone.

Josh rojas is amazing. He came to my daughters Little league today. Passed out baseball pants, cleats and belts for the kids. Signed autographs and took pictures. Also his dog is named Booker and that’s pretty cool.

Anyone here wear XL, or know someone that does, and want some Dbacks swag? Free to the right buyer.

Season ticket holder here. We receive a gift bag every year at the end of the season that contains all of the promotional "Giveaway" items that were handed out at their respective games throughout the season. I myself wear a size Large, and frankly I don't know a whole lot of folks out here in the area, let alone DBacks fans. I'd be happy to ship the stuff out of state at no cost to you (within the US, sorry chaps. I'll ship internationally on your dime though!) so long as you'll actually use it. Trying to avoid anything ending up at the landfill or eBay. Honest warning - if I were to guess about fit, I would say the shirts are closer to 2XL than they are to Large.. Thanks for looking, and I appreciate any help in finding a good home for this stuff. Go DBacks!
Here's a link to check things out:

*2- "This is the way" Mando-style DBacks shirt, XL

Pavin Smith makes my team better and I like it 💙 here’s a pic of his first HR in DR! Tune in on Youtube to Licey’s channel to catch some ball this offseason! (Only home games :/ )

This moment is now legally old enough to drink a beer. Happy anniversary everyone! 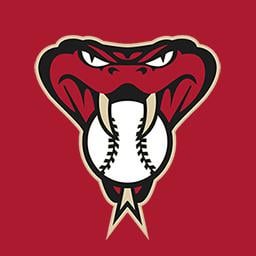 The subreddit for all things D-backs baseball!