[Garafolo] The #Bills are signing veteran CB Xavier Rhodes, sources say. Former All Pro heads to Buffalo to help with a battered secondary and reunite with Leslie Frazier, his head coach for a minute with the #Vikings in 2013.

In honor of our game this Sunday, let’s remember this gem

it's time to move on.

It was about time I got this done. Josh Allen IS a buffalo.

[Dan Le Batard Show] “I was concerned…they had an IV in both my arms.” - Diggs goes into detail about the heat in Miami

Josh Allen's interview on Kyle Brandt's Basement after the Bills' Week 3 loss vs. the Dolphins

The One [Josh Allen} Thing That Isn't Being Talked About Enough...

...is how drastically his facial hair game has improved. Amiright or amiright?

I just finished up this custom wood art sign for a fan. All cut on my scroll saw and stained by me(OC)

[Brandt] Josh Allen on if Christian Wilkins grabbed his groin: “He’s been known for that going back to college; I should know that and shouldn’t let it get the best of me.”

Clay Matthews says he would love to join the Buffalo Bills

Statistics are all about perspective

Lately I have been seeing a lot of discussion in the media surrounding the Bills’ “inability to win close games.” A lot of talking heads are making claims that the Bills have an issue with coaching, and that our team doesn’t have that clutch factor.

I forget the exact statistic, but everyone is pointing to the fact that the last ~7 or so losses by the Bills have been by only one score. From my point of view, I would argue that this is a statistic indicating an elite team, not one that falls apart when the going gets tough.

If I described to you a football team that for every win they destroy their opponent and win by multiple scores, and for every loss they only narrowly fall short, I think everyone would agree that is an ideal scenario. If the Bills are winning the majority of their games, all by multiple scores, and the few games they lose are incredibly close, they are an amazing team.

What are your thoughts on all of the discourse around the Bills as of late?

Does anyone know if the Ravens still have The King on their roster? I can't find him on any depth chart

The Pressure was ON: Buffalo Bills vs Miami Dolphins Film Room

I’m going to apologize upfront, but as a lifelong diehard Bills fan since the early 70s I(we) have endured an enormous amount of “stomach punch” games and seasons. I am definitely a synic, but this year I really wanted to try to have a positive attitude and lose the “same old Bills” mentality. I’ve been doing really well with it even after the rash of injuries. I’m confident we will overcome this. McD and Beane just feel different. Josh IS different. This is not the old Bills. Instead of having that ominous feeling that catastrophe would strike at any moment, I’m optimistic we’ll find a way. It’s been great.

Then this morning I’m looking at power rankings and seeing Philly atop of many of them. Then the “old” me reared it’s ugly head and created my new fear. Going to the SB and losing to Philly giving the NFC east a clean sweep of us.

Now that I’ve “said” it out loud I can bury it and return to my positive thinking. This is a new team. We’re on to Baltimore to shut down the freight train that is Lamar. ✌️🖖

Welcome to the fourth iteration of 2022’s “Buffalo Bills Rooting Interests”! These posts are intended to provide Bills Mafia with rationale behind who they should root for in every game in every week of the NFL regular season. Included is the Game Importance Scale which rates from 👏 (Least Important) to 👏👏👏👏👏 (Most Important). Future additions to this series will be posted each week on Tuesday by 9:00AM ET.

Ties and injuries are not considered in this discussion. Tiebreakers that are considered for overall standings are as follows:

The Bills Week #3 loss to the Dolphins was a massive blow but one which can be remedied in mid-December. Luckily for the Bills the rest of the league provided the most optimal week in the history of Rooting Interests! Of the 10 non-wash games 9 of them went in the Bills favor. This included the Chiefs, Patriots, Chargers, and Jets all taking losses with the only thing working against the Bills being the Broncos victory over the 49ers. As we get deeper and deeper into the season there will be more and more to root for with the main thing each week is the Bills stacking Wins.

The Bills will get their shot at revenge against the Dolphins in mid-December but until then rest assured Rooting Interests will include a lot of rooting against them. This is a bit more difficult to do when it includes rooting for a possible AFC contender but still an easy decision for who to root for Thursday night.

The first international game of the year is a 9:30AM ET start in London featuring the Vikings and Saints. Two NFC teams so the Rooting Interests are low but with the Bills playing the Vikings later this season there is something to gain in the form of SOS and SOV.

The entire goal of the early season for the Browns is to survive. That’s surviving until their apparent franchise Quarterback returns from 11-Game suspension. Being 2-1 through three weeks is surviving, being 3-1 through four weeks is thriving. Root against that as an AFC foe takes on an NFC woe.

As the season progresses NFC only matchups featuring teams the Bills do not play this season will have a bit more importance. As of now we still do not have quite enough information to determine an optimal outcome for those games. With that in mind the Commanders and Cowboys falls into the wash category, and that’s not wash as in Washington.

Just like Vikings @ Saints there isn’t much on the in Seahawks @ Lions but there is still a Rooting Interest. The Bills do not see the Seahawks this season but will take on the Lions, considering that we know there are SOS/SOV impacts which allow us to root for a Lake Erie Bro.

NFL Fans still don’t know what to make of the Titans and Colts, two teams that struggled their first two weeks and impressed in Week #3. The Titans beat a Raiders team that everyone thinks is better than they are, and the Colts beat a Chiefs team that everyone thinks is worse than they are. With the Colts 0.5 a game ahead of the Titans we root for middling here knowing full well that the Bills own the H2H tiebreaker over the Titans.

Both the Jets and Steelers are 1-2 with questions abound. It’s possible Jets QB Zach Wilson will make his debut this week while the Steelers are struggling to find their identity this season. This is a game worth keeping an eye on as it features a division foe, and the team Buffalo will see in Week #5. As for Rooting Interests, look for a bit of separation in the division by rooting against the team Buffalo plays twice in 2022.

The Bills may have to contend with Action Jackson, injuries, and a hurricane on Sunday but all that matters is laving Baltimore with a victory. Just win baby.

Don’t look now but the Chargers are 1-2 and with a hobbled Quarterback are on the brink of disaster. Losing to the 0-2-1 Texans would put LA into a spiral and would push them to the brink of running out of space to catch the Chiefs. Fine by us, the Chargers are a true threat while the Texans are years away from being that.

Yes, Bills South is in this matchup, but no we do not have enough information to determine an optimal outcome in a game featuring NFC teams the Bills don’t see this season. Saying that it’s always easy to root against diaper baby, so…

Mac Jones is set to miss multiple games which could end the Patriots 2022 campaign just as quickly as it began. We root for that by simultaneously rooting for an NFC team to gain a victory which is meaningless in the eyes of the Bills.

It makes no sense that the Broncos are 2-1 and it makes equally as little sense that the Raiders are 0-3. This is a weird one from a Rooting Interests perspective because with every fiber of my being I want to say the Raiders are the better team, which may be true, but at lease for this week we root for the middling of both of these teams’ records.

An interesting Sunday night game to say the least is a rematch of Superbowl LV. At a high level Rooting Interest this one is easy, root against arguably the Bills biggest competition in the AFC while rooting for an NFC team. As we drill down into it we also know how easy it is to root against Tom Brady and the season which may finally be the end of him. That can wait though, for now we prefer the Chiefs playing .500 football.

This might be a good game? This might be a bad game? Who knows. What we do know is that the Bills have already beaten the Rams thus a victory by them provides the Bills with both an SOS and SOV bump which would be a nice little capper to Week #4.

If all the above games were to go the optimal route, it would result in the following AFC standings (All tiebreakers considered).

The Buffalo Bills are battered & bruised after losing to the Miami Dolphins 21-19 on Sunday.

Read about the latest injuries to Jake Kumerow, Tommy Doyle, Christian Benford, Josh Allen & many others as they prepare for the Baltimore Ravens in Week 4. 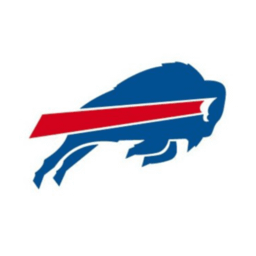 The home of the Buffalo Bills on reddit. Circling the wagons since 2009.